Get fresh music recommendations delivered to your inbox every Friday.
We've updated our Terms of Use. You can review the changes here.

by The New Pollutants 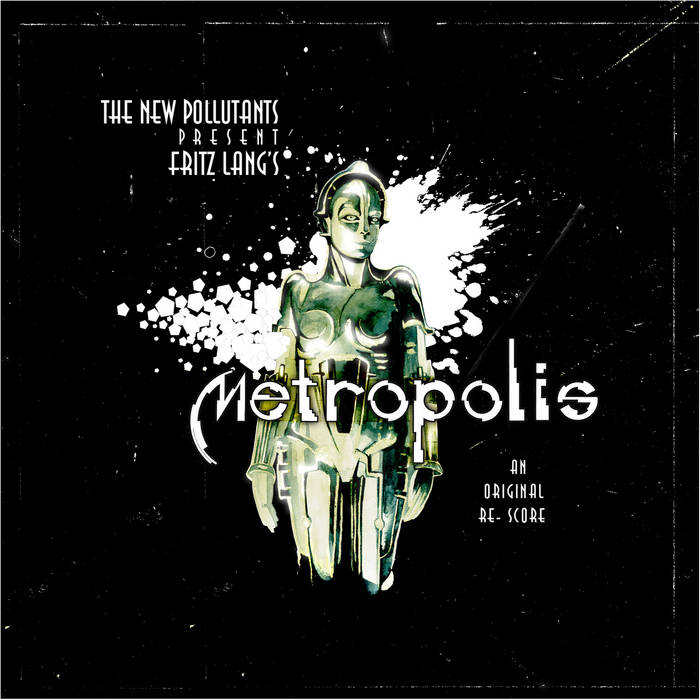 The original score was conceived, composed & recorded over a 12-month period & had its world premiere at the 2005 Adelaide Film Festival. The Metropolis Re-Score ran a successful season as part Next Wave Festival at ACMI in Melbourne for the Commonwealth Games & was performed at the Revelation Perth International Film Festival in 2006. They played it at the Sydney Opera House in 2010 & in Hobart for Mona Foma 2011, which is curated by Brian Ritchie of the Violent Femmes.

In 2011, The New Pollutants have updated & extended their score to coincide with the newly released 2010 restoration, which includes 30 minutes of newly found footage. This will once again premiere at the Adelaide Film Festival in 2011. After the film premiere in 1927, Metropolis has been seen only in shortened or truncated versions, now it can be appreciated in its full glory, with a brand new score by The New Pollutants.

“Seductive performance….Metropolis was a once in a lifetime experience… Speed and Hopprich’s score was a gift.”
(Adelaide Advertiser)

"Metropolis was outstanding. A tremendous performance at MOFO 2011. The people loved it. I have always loved that movie, but their score made it more exciting."
(Brian Ritchie - Curator Mona Foma, Violent Femmes)

“I don’t think you’ll ever get a chance to see Metropolis quite this way again… it was literally breathtaking.”
(Empire Times)

“There is no doubt that this is a truly wonderful new score, which deserves to be seen as widely as possible.”
(Katrina Sedgwick, Director, Adelaide Film Festival)

“The New Pollutants match, and in many ways surpass the genius of Lang’s vision, by making it vibrant, topical & alive.”
(Peter Wintonick, International Editor, Point of View Magazine, Festival Curator and Producer)

“The New Pollutants have risen to the challenge with gusto and devised a responsive, evocative and inventive score.”
(Clare Stewart, Sydney Film Festival Creative Director 2007-2010)

“It feels like The New Pollutants' interpretation has always been the real soundtrack to the film, for the past seventy or so years.”
(u-magazine.com)